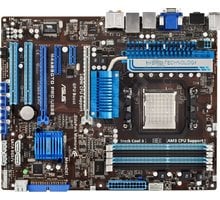 Asus may be a little slow getting new releases out, but at least when you get a new one it actually improves things! Dolk I wonder how hard Asus M4A89GTD PRO/USB3 Bios 1456 would be to put in a variable percentage for LLC. I would not mention it: Royalk Maybe Hexacore CPUs will have a more heavy overvolting. My set 1.

I'm set at about 1. I use LLC only to keep voltage more consistent, it bounces around quite a bit more off. Target is 1. It may have more to do with the way turbo is implemented on chip.

I like control and don't want my chip doing stuff I don't tell it to do especially when doing reviews, that said turbo is off. What could be happening is turbo is told to be off multi wise but the cpu and or microcode isn't smart enough to say hey we don't need to ramp voltage now becasue turbo is off. Thats a very logical explanation why instead of having some droop voltage ramps up even more when loaded Asus M4A89GTD PRO/USB3 Bios 1456 that is the way turbo was designed to work.

It's not a big deal LLC percentages will allow closer to accurate set voltages for all parties.

VoXPCS Since it's on ASUS' download page? Update - We are down to one last critical bug to be fixed in the new BIOS code before I can start releasing the betas. Sorry about the delay but trying to get the new code as right as possible the first time out instead of playing the release and patch cycle.

Of course two Typhoons hitting Taiwan this week does not help. Praz Load on Prime Changing to T and the same board, LLC overvolt goes higher. Set 1. Similarly as yours.

I've measured, it's preety accurate. Now, with bios and it seems that even 1. I put back the frequency to 4GHz with 1.

Have you tried asus M4A89GTD PRO ? - Motherboards and CPUs - Unraid

However, on that one I suffer from extremely bad artifacting in the sound playback using the supplied beta drivers apparently, a known bug. Mind you, I've only used that install for a limited time, as the distortion renders it unusable.

This is my second Mbox 2 Mini, with exactly the same problem, so it's not a hardware issue with the particular Mbox - I exchanged the first in my earlier attempts to fix this. Throughout my various attempts and full OS installs I've installed Pro Tools to each of the attached drives, and in each case Asus M4A89GTD PRO/USB3 Bios 1456 playback from each of the other drives, and none of that has helped, so I'm pretty sure it's not the fault of any of the particular drives.

I have searched and searched the digidesign.

If someone can provide a link, I'd really appreciate it - if for nothing other than future reference.